Athletes are remarkable in many ways, and their impressive feats are very inspiring to the average Joe. There is simply something riveting and moving about watching the world’s best do their thing. The following 5 athletes, in particular, have done some phenomenal things throughout their respective careers, yet they are still breaking down barriers, and pushing the envelope even more in their quest for sports immortality.

“The King” is still going as strong as ever, proving beyond any doubt that he deserves to be number 1 in our Top 40 Current NBA Players list.

James became the youngest player to reach 30,000 points earlier this year, before becoming the only player in NBA history to score 30,000 points, grab 8,000 rebounds, and dish off 8,000 assists, all while playing all 82 regular season games for the first time in his career. He has been dominant in the “true season,” too, recently passing Michael Jordan as the playoffs’ all-time scoring king and Scottie Pippen as the postseason’s premier thief. Even scarier is that this freak of nature is showing no signs of slowing down.

Brady is still the best quarterback in the NFL by our humble estimation, as he has shown a unique ability to win games in a variety of ways. The man has nothing else to prove at this point, with 5 Super Bowls, 4 Super Bowl MVPS, 3 league MVPs, and 13 Pro Bowls across his name already. The 199th pick of the 2000 NFL Draft is still playing, though, and he just keeps on winning. Brady fell a bit short in Super Bowl LII, but the oldest QB to lead the league in passing yards will give it another go this season. He is currently the winningest QB in both regular season and postseason play, and is the only quarterback to have three consecutive games with 300+ passing yards, 3+ touchdown passes, and 0 interceptions.

Altuve improbably won AL MVP last season, which ended with the Houston Astros winning the World Series. The 5-6 second baseman helped the Astros’ championship cause by batting .310/.388/.634, with 22 hits, 14 runs scored, 7 home runs, 14 RBI, and nine extra-base hits. His 7 home runs were the fourth-most in a single postseason in MLB history, which is quite amazing for someone whose listed weight is just 165 pounds. The diminutive Venezuelan has been remarkably consistent over the past four years as well, winning the Rod Carew American League Batting Championship in three of the past four seasons. If our MLB stat projections hold true, then Altuve will likely win a fourth batting title this season.

The New York Times reports that Venus and Serena Williams have imposed their will on women’s tennis, and they have since been collaborating on a shared legacy that has so far been mighty impressive. Between the two, though, it has been Serena who has become the yardstick by which all other female tennis players are measured against. The younger Williams turned pro in 1995 at the tender age of 14 and Lottoland claims she won her first ever Grand Slam three years later at the age of 17. The mixed doubles title Serena won with Maksim “Max” Mirnyi turned out to be a foreshadowing of things to come for the then teenage prodigy. To date, Serena has won 39 Grand Slams—23 in singles, 14 in women’s doubles, and 2 in mixed doubles—and 4 Olympic gold medals. This year she is looking to add more to her tally. 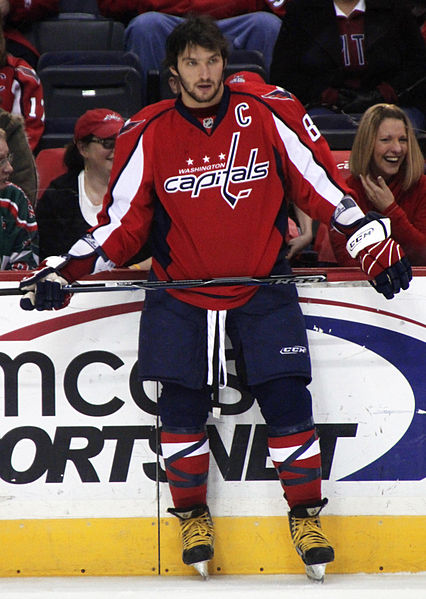 The decorated Russian has everything for his team, and his accolades prove as much: 3-time MVP, 7-time NHL First All-Star Team, and 3-time Most Outstanding Player, to name a few. He also holds the NHL record for most seasons of 10+ game-winning goals and is the 4th fastest player to score 600 career goals. He is a clutch, too, and reminded everyone of this fact when he sank the Pittsburgh Penguins in Game 3 with a winning goal in this year’s playoffs. Ovechkin scored with 1:07 remaining in regulation, lifting the Capitals to the thrilling 4-3 victory.

Take time out to watch each of the athletes we have featured here so you can witness greatness firsthand. We guarantee you that watching them will be worth your while.