Following the 2016 season, highlighted by the New England Patriot’s incredible comeback over the Atlanta Falcons in Super Bowl LI, it came to the surprise of just about everyone when Bill Belichick’s offseason took a complete 180° turn compared to offseasons of recent memory. This offseason, The Hooded Genius acquired a number of big-name players on both sides of the ball, including WR Brandin Cooks from the New Orleans Saints and CB Stephon Gilmore from the Buffalo Bills. Compared to the previous offseason, where TE Martellus Bennett and DE Chris Long were acquired from the Bears and Rams, respectively, it appears that the defending Super Bowl Champions are planning on not only repeating, but perhaps going for an even more dominant season than their 2016 campaign, where the team went 14-2 with losses only to Buffalo and Seattle. The Patriots’ 2016 Offense was ranked #4 in yards and #3 in points, averaging 386.3 yards and 27.6 points per game.

The top Offensive signing by the Patriots this offseason was undoubtedly WR Brandin Cooks, who was acquired via trade with the Saints back in March. The deal sent Cooks and a fourth round draft pick (Pick 118, which was confiscated as penalty for Deflategate) to New England for a first round pick (Pick 32, used to pick OT Ryan Ramczyk (Wisconsin)) and a third round pick (Pick 103, used to pick LB Trey Hendrickson (Florida Atlantic)). This trade was widely criticized by NFL fans everywhere, as it appeared the Saints gave the defending Super Bowl Champions a top-tier player for next to nothing. However, it is of note that this has happened several times in the past, and two situations come to mind in particular: The 2007 trade for Randy Moss and the 2011 trade for Chad Johnson. Of course, the Randy Moss trade led to a record setting 2007 season, while the Chad Johnson trade left much to be desired. 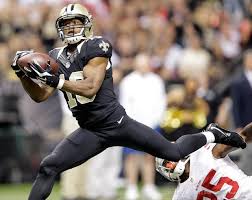 Cooks, 23, is one of the top young wide receivers in the NFL. Drafted 20th overall out of Oregon State by the New Orleans Saints in 2014, he has proven to be very effective as a vertical threat, Tom Brady’s first real vertical threat since the days of Randy Moss. Last season, Cooks caught 78 passes for 1,173 yards and 8 touchdowns, including one against the Raiders where he burned cornerback Sean Smith among other Raiders defensive backs for a 98 yard score. Cooks, being one of the fastest receivers in the NFL, can absolutely dominate man coverage over the top and this can lead to major gains of yardage, such as the previously mentioned touchdown. In his three-year career, he has caught 215 passes for 2,861 yards and 20 touchdowns. He will provide a great deal of talent to an already talented wide receiver core.

A lesser-name signing but one that will provide a large impact nonetheless is TE Dwayne Allen. The patriots acquired Allen via trade just days before the aforementioned Brandin Cooks trade. The Colts sent Allen and a sixth round draft pick (Pick 200, subsequently traded to Tennessee and then NY Giants, picked OT Adam Bisnowaty (Pittsburgh)) to the Patriots for the Patriot’s fourth round selection (Pick 137, picked OG Zach Banner (USC)). This trade is similar to the Martellus Bennett trade from a year prior, where the Patriots sent a fourth rounder for the tight end who acted as Gronk insurance along with a sixth round pick. Gronk has not played a full season since 2011, and in an offense where the TE is used frequently, keeping a backup for the injury-prone Gronk is essential to keep the Patriots Offense moving.

Allen, 27, was drafted 64th overall out of Clemson by the Colts in 2012. In 6 seasons, he has caught 126 passes for 1,451 yards and 19 touchdowns. He saw a breakout season in 2016 where he caught 35 passes for 406 yards and 6 touchdowns. Allen proved to be a reliable target for the Colts, but following the emergence of TE Jack Doyle, it made it easier for the Colts to deal Allen away, who cost more to the Salary Cap. While he may not be a big-name signing, expect Allen to be a solid TE2 and to step up big if Gronk goes down.

Possibly the smallest of the big-name signings but arguably the most important signing overall is Mike Gillislee, the former Buffalo Bill RB. Gillislee was drafted in the 5th round of the 2013 Draft, 164th overall by the Miami Dolphins. He had a rather lackluster career in Miami, with minimal usage in his rookie season and spending his second year on injured reserve, he was cut by the Dolphins in 2015, and was soon signed by the Bills, where he saw much more success. Despite being the second-string running back behind the elusive Lesean McCoy, Gillislee saw easily his best season in 2016, where he had 101 carries for 577 yards and 8 touchdowns. Gillislee led the NFL in yards per carry with 5.7, and was one of only six running backs to average more than 5 yards per carry, of those including his former teammate McCoy. Blount, the lone Patriot qualifying for the list, averaged only 3.9 yards per carry on 299 carries, putting him as the 30th most efficient running back. With a vastly improved offensive line compared to two offseasons ago, it is reasonable to think Gillislee will improve in 2017 and beyond.

The Patriots also signed RB Rex Burkhead and WR Andrew Hawkins. Burkhead, a sixth round draft pick out of Nebraska in 2013, spent his first four seasons with Cincinnati. He was primarily used in a special teams role prior to last season, where Burkhead saw more touches following Giovani Bernard going down with an injury. He rushed for 344 yards last year on 74 attempts, scoring twice. He will likely be used in a special teams role but he can also be used as a speed back role should either Dion Lewis or James White be injured. If need be, he can be effective in this offense, where receiving backs are valued.

Hawkins was an undrafted rookie out of Toledo in 2011. In his six-season career, he has played for Cincinnati and Cleveland, while seeing limited success. The Patriots signed Hawkins in late May, and he will likely be on the practice squad or see extremely limited time as a sixth-string wide receiver. Given the Patriots current WR status, it is unlikely he will be a factor on offense, if he ends up making the final roster.

After the offseason roster moves, this is what the Patriots Offense currently looks like

Need I really say more? Brady is coming off a career year and both Garoppolo and Brissett showed potential should anything happen to Brady. This quarterback core is one of, if not the best in the NFL.

Gillislee led the NFL in yards per carry last year with 5.7. James White proved his worth last season as a quality receiving back. Dion Lewis is also dangerous in open space, so long as he stays healthy, and in the event the Patriots lose Lewis, Burkhead will be an ample substitute.

In a league where the fullback position is dying, James Develin proves his worth by being one of the best at his position. Many of Legarrette Blount’s big runs in 2016 were made possible by key blocks by Develin.

When Gronk is healthy, he is easily one of the best at his position. However, he hasn’t played a full season since 2011, which was statistically his best season. The offense did not look the same without Gronk, and with a healthy Gronk, this offense will dominate.

The blockbuster trade for Brandin Cooks made this wide receiver core even more dangerous than it already was. Edelman, Brady’s current favorite target, just signed a two-year extension, keeping him signed through 2019 at this point, so not much will change in that regard. Chris Hogan led the NFL in yards per catch last season with 17.9 yards per catch, meaning the Patriots now have both the most efficient running back in Gillislee, and the most efficient receiver in Hogan. Interestingly, both were free agents from Buffalo. Hmmm…. Malcolm Mitchell got off to a slow start in 2016, but he showed promise about halfway through the season and got hot when it mattered. With Edelman and Amendola both aging and heading towards the end of their careers, it is reasonable to think he will be one of their replacements. Amendola, who has made many clutch plays in dire situations (See Super Bowls 51 and 49, 2014 AFC Divisonal Round, etc.) returns as likely the fifth-string wide receiver, but in an offense where Brady likes to spread the ball around, Amendola should still get a good amount of touches.

Solder is set to become a free agent next season. Given this most recent draft, where the Patriots drafted two left tackles, it does not appear he will be around after this year. Should he get hurt, Antonio Garcia was one of the top linemen in the nation at Troy, and Conor McDermott was also quite effective at UCLA. Chances are, Garcia will be the starter by the start of next season, if not earlier.

Thuney was one of the best rookie linemen last year, and that can be in part thanks to the return of Offensive Line Coach Dante Scarnecchia. Thuney played the most snaps of any Patriot last year, and there is no reason to think that he will decline in 2017.

Andrews was extremely consistent in 2016. His play will continue to develop with more time spent with Coach Scarnecchia.

Following a disappointing 2015 season, Cannon stepped up big with the return of Scarnecchia. Cannon was one of the most improved Patriots in 2016, and 2017 should be even better for him. McDermott could also possibly play as a swing tackle, or even as a sixth lineman in certain running situation.

Looking at this offense, I don’t see any major holes. The two biggest questions regarding this offense this offseason were a potential replacement for Blount and the situation with Martellus Bennett. Both of these issues were dealt with and the new question is what happens to Nate Solder. The current starting Left Tackle is a free agent next offseason and two of the Patriots’ Draft Picks (Antonio Garcia (Troy) and Conor Mcdermott (UCLA)) both showed promise in college and are adapting well to the NFL scene. Only time will tell what the team plans to do with the aging Solder.

Overall, I predict this Patriots offense to tear up defenses, and to be one of the best in the NFL. Overall, I believe this offense may be better than the 2007 team. While the Brady to Moss connection might not necessarily be able to be recreated, this offense is more balanced than that 2007 squad, and Brady has never looked better. With Gronk, Cooks, Edelman, and company, who knows? Maybe Brady could break some records at 40.

Tom Brady has won 5 Super Bowls, including the most recent Super Bowl 51. Could this offense help the Patriots go back to back once again?