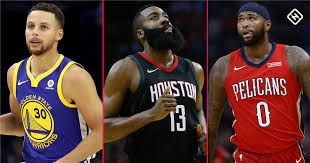 This season, it will be a draft for the all-star game. Lebron James will get first pick and Steph Curry will have first choice of color jersey because of the Western Conference having home team status. They will choose from the eight starters first and then the reserves regardless of conference. The rosters for the game will be announced next Thursday at 7 p.m. during the one hour edition of TNT NBA Tip-Off at 7 p.m. ET.